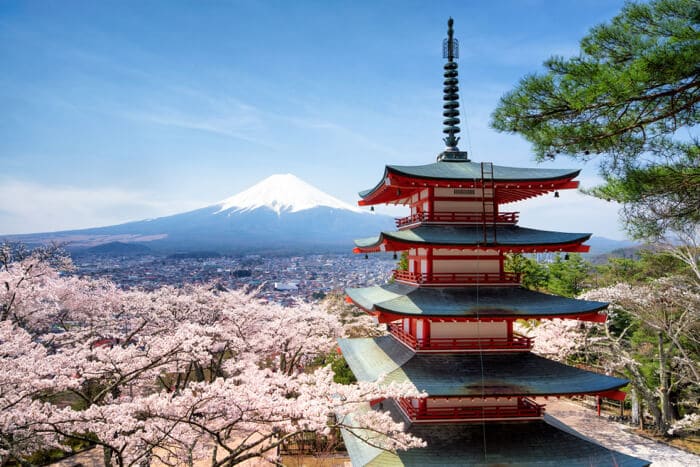 There are lots of differences between Japanese speech patterns and English pronunciation. If you are a Japanese native speaker looking for ideas about Japanese accent reduction you found the right page on our website!

To get you started, think about the distinct features between Japanese and English speaking. Sometimes it’s hard to step out of our mother tongue and analyse what makes it so special. This is important to do. If you want to tighten your English pronunciation sounds, you have to know what is it that makes your first language sound the way it does.

So much good research about accent reduction looks at if the speakers create contrast between their languages.

The team at Voice Science™ is always equipped when we are about to assess an accent. Our clients come from all over this big and beautiful world, and we have done our homework to make sure we know how to code your pronunciation goals.

Japanese is a fascinating language and if you are a Japanese native speaker all we can say is “how lucky are you to speak one of the most globally unique language in the world.”

Hey, Australia is kind of an island continent kind of thing. So is Japan! There’s one thing we have in common but in terms of language, uffffff we don’t have much going for us in this game!

Japan, it’s like one big language island of its own, even on an island. How ironic!

Does this information make you relax? If you are a Japanese native speaker this is one reason why English pronunciation can be so incredibly difficult. You have started with very few reference points. Japanese accent reduction is going to take time and practice but it is worth it for the clarity you can master.

So given that there are so many differences between what makes English sound English and Japanese sound Japanese let’s get down to the nitty gritty.

What are the key features that stand in the way of a clear English accent for Japanese native speakers?

How can you improve your English speaking as a Japanese native speaker?

The following tips have been tailored to assist you with Japanese accent reduction. These are some preliminary strategies to get you thinking!

How to Reduce your Japanese Accent

Japanese contains 16 consonants, 8 less than what is needed for English.

Many Japanese speakers speak English with as little as 16 consonants. This means their sound system for English is not yet complete.

Unless you learn the individual consonants of English your pronunciation can’t improve.

Pronouncing the correct consonant sound will increase your English speaking skills. You will be clearer and cleaner and people will start to understand you better when you speak English.

To get the best results, try not to substitute Japanese sound options in place of specific English consonant sounds.

The following 3 sounds are just some of the sounds you will need to speak clear English. Speak with us at Voice Science for more information on  other key sounds needed according to a comprehensive accent assessment tailored to your current accent.

There are many more, but we have chosen these because they are not present in Japanese.

This sound appears in words like chapel, chores, beaches and match. You can find happening on “ch” except for some exceptions (such as “ache” where a “k” sound needs to be used). It also can appear with “tu” in words like furniture and future. It is important to master this sound as there is no equivalent in Japanese.

Try drilling these words and make sure they are correct: 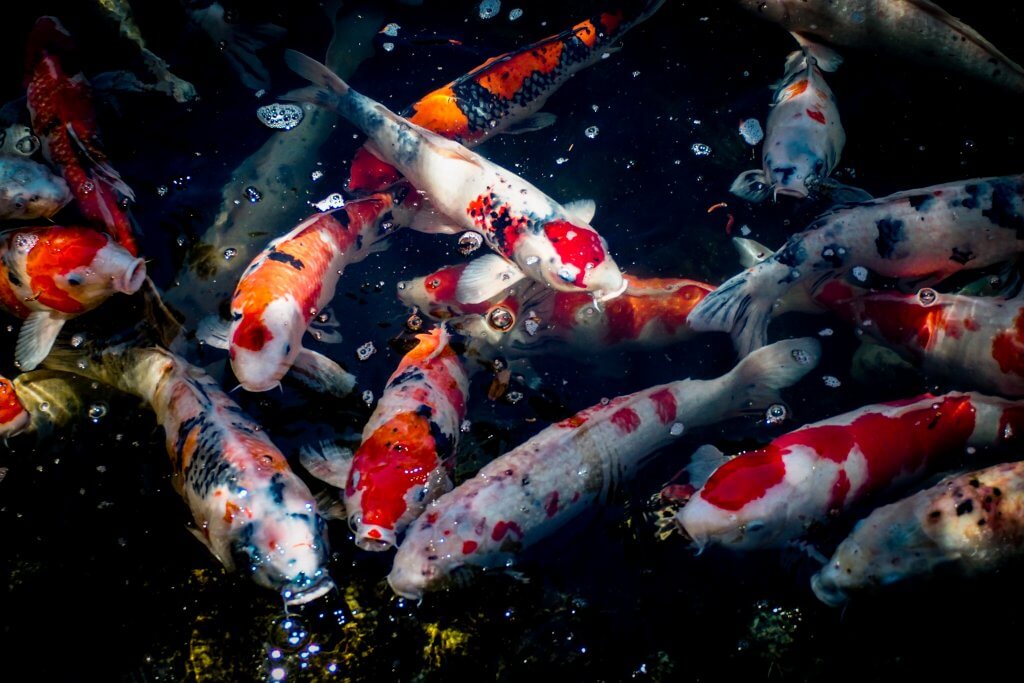 The question is, do these Japanese Nishikikoi have less consonants than English Nishikikoi?

Is it hard for you to say words that start with the letter “L”? Relax, it’s not going to come easy if it is not in your first language. The “L” sound does not exist in Japanese which means you have to have had an amazing English teacher show you in the past or basically it is being replaced with an incorrect sound.

Many of our Japanese clients have managed somehow to get by with an unreliable “L” sound. Others have learnt how to say it well but can’t always get “L” right. We meet you where you are at and can help you make your “L” pronunciation more consistent from the first step to making the sound for the first time in your life through to just cleaning it up in areas where it is not always happening.

The “L” sound appears in words such as lemon, life, alleviate and all. It always occurs with the letter “l” and can appear at the beginning, middle or end of words.

The great thing about this sound is that it is not sneaky! You only say it where there is the letter “l.”

But did you know that for the Australian accent and British accent, we don’t always say /l/ “L” where we see it? Words like “calm,” “film” and “milk” won’t always have an “L” /l/ sound in them depending on the accent. We will show you all this in sessions.

Take care that a clear /l/ sound is produced when it immediately follows other consonants in words such as plum, blue, clean, ɡlow, fleeting, slump.

Consider that this sound does not exist in Japanese. This accounts for why many Japanese speakers can have difficulty saying the “f” sound correctly for English. This sound falls on “f” as in “fell,” “ph” as in “phone” or “graph” and also any time you see “ff.” You might also want to watch out for some “ough” words like “tough” or “rough” which also require the sound.

2. Complete the final sound of every word

Wow, there’s more. There are so many things and don’t freak out. Our individualised accent training sessions will cover it all! But here is a tip for now.

Japanese words never contain a consonant sound at the end of the word! a huh!~

As a result many Japanese native speakers fail to produce the very last sounds of English words. This both disrupts the authentic rhythm and flow of English as well as contributing to meaning breakdown.

Actively produce the ends of words in English. Slowly read excerpts from an English magazine or paper after highlighting every consonant sound that appears at the end of the word.

The red bicycle had a bell on it that was gold.

The investors were concerned about the stock prices rising.

You can even record yourself reading short sentence passages and listen back to check your accuracy.

So if you noticed this and have problems pronouncing all the sounds of English words, especially the last sounds of words, we are here to save the day!

We can show you what to do! This is a long term goal that might take lots of work and practice but it is worth i…. (see what I did there?)

An area that can have the strongest impact on English speaking for Japanese speakers is speech rhythm and intonation.

Need to find your groove when speaking English? You found the right clinic! Our director is an Opera singer! She might even sing for you. She’s also a speech pathologist so you, my friend, are in good hands or should we say voice? 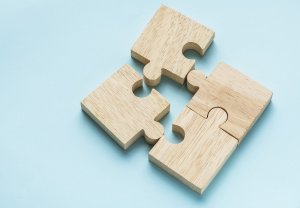 Putting the pieces together for English pronunciation is going to take time.

If you can manage to be true to rhythm and stress of the English language, you will get closer to achieving a neutral accent. If you can’t manage, don’t worry, we won’t judge you. But, we can help!

Listen to the way English gives variable weight to syllables. Japanese vowels are generally given similar duration.This feature must not transfer to English vowels. Of course, in some words of Japanese there is a need to emphasise vowels and hold them slightly longer at times, but more often than not stress is conveyed by saying vowels at a higher vocal pitch. In contrast, one of the main characteristics of English is the presence of long and short vowels. Respecting the vowel lengths at a word level will ensure that you a true to meaning and rhythmic structure of English.

English stress is Stressful. Where is the Asahi ?

No, we are not more stressed as English natives, or maybe…. Pass us an Asahi?

But in all seriousness, English stress patterns will land in unexpected positions just like too many Asahi’s. Syllable lengths may even seem haphazard to you given the relatively equal stress patterns of Japanese.

It may be tempting to apply the speech rhythm of Japanese onto your English productions but don’t let yourself! Practice linking words when forming English phrases. Listen for the long and short elements. Strive to mimic English native speakers. Repeat back key phrases you hear on the radio or television following the stress patterns of the native speaker. Try to keep pitch contrasts at a minimum compared to those used in your first language.

How long will this project take me? Is this a lifework?

Accent reduction takes time and practice. It is not uncommon to still have an accent even after years of expatriate life. An accent can be an asset that sets you ahead. Listeners soon realise you are multi-lingual. Sometimes an accent can interfere with your message. Speech breakdowns can occur and it can be harder to express thoughts clearly to your listener. Don’t give up! Work on your pronunciation weaknesses strategically and practice daily to improve your English speaking skills. Many non-native speakers opt to consult with a Speech Pathologist to reduce the impact of a foreign accent. It will take hard work and it will not be easy. But it will be interesting, especially at Voice Science.
Voice Science treats from Melbourne to Bangkok, New York, Sydney, Perth … wherever you are via our global service. Our chief, Sarah Lobegeiger de Rodriguez is a senior voice clinician, certified practicing speech pathologist and professional opera singer. She offers face to face and online accent reduction from her Collins St clinic.
Words by Voice Science™ 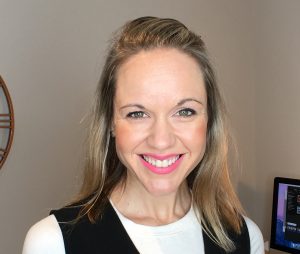 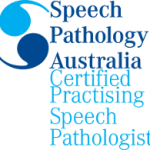 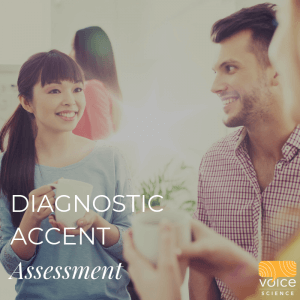 Get a Weekly Tip That Boosts Your Communication Skills

ADD MORE VALUE TO YOUR INBOX

Get a Weekly Tip That Boosts Your Communication Skills

ADD MORE VALUE TO YOUR INBOX