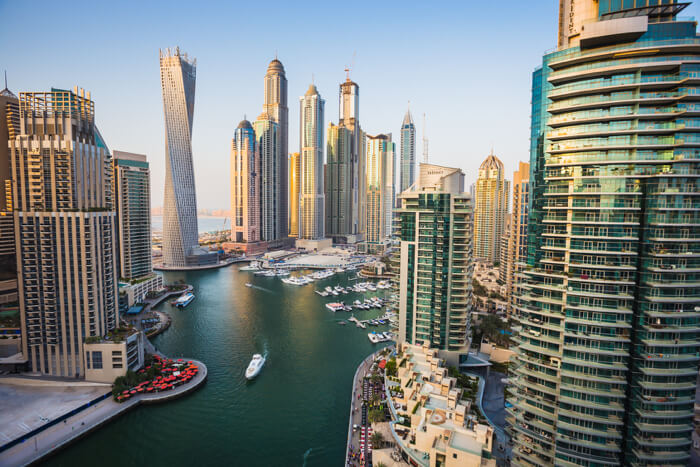 With as many as 206,000,000 native speakers, Arabic ranks as the fifth most common language spoken globally.

Regardless of its dominance globally as a key language of the modern and ancient world, many Arabic speakers require advanced proficiency in the English language.

Despite maximal exposure to English perhaps granted by expatriate life, international study and formal English education and immersion, Arabic speakers may still produce English with reduced clarity. So what accounts for the pronunciation and intelligibility difficulties experienced by Arabic speakers of English?

Linguists classify English and Arabic under different language families. Arabic belongs to the Afro-Asiatic branch of languages. English, in contrast is classified as an Indo-European language. What this means is that the two languages do not share geographical or historical origins. As a result they differ considerably in their alphabet, grammar and pronunciation features.

Make sure that you have a clear command of the key features of English. Speak with us at Voice Science for more information on the other key sounds and features needed according to a comprehensive accent assessment tailored to your current accent.

How to Reduce your Arabic Accent

The first step is to find out what sounds you need to master that are not present in English.

The sound code of English and Arabic is poles apart.

Compare the vowels of Arabic to those of English. Modern Standard Arabic contains 6 vowels in comparison to English which can contain up to 14 vowels at most (General American has 14 vowels, whereas Received Pronunciation/ Standard British contains 12 vowels).

Many Arabic native speakers will struggle to identify and produce the distinct vowels required for English.

Research in the field of accents indicates that native speakers of Arabic are likely to transfer Arabic vowels in place of English vowels (Zuraiq, 2005). This can account for meaning differences, for example the word “ship” may register as “sheep”. It is therefore beneficial for Arabic native speakers to undertake vowel specific training to consolidate the vowels of English. This will make a dramatic impact on speech intelligibility as well as speech intonation patterns.

In order to master a clear and neutral accent, it is important that Arabic native speakers become familiar with the vowel differences between the two languages and work to master the unique vowels of English.

These following 3 sounds are just some of the sounds you will need to address to ensure clear English.

Take care the the following consonants are produced accurately:

This sound is not to be mistaken with an Arabic “n” . Be very careful with this sound as it is not present in Arabic. This is one of the most common consonant sounds used to change verbs, so it occurs very frequently. Things can get very difficult when it occurs twice in a word such as ringing or singing. This sound only occurs in the middle and at the end of words.

This sound is not present in the Modern Standard Arabic sound code (although it may be in some Lebanese variants of Arabic) which can account for any difficulties you have experienced with this sound in the past!

A /v/ sound is produced by shaping the bottom lip so that it touches the upper teeth gently. This sound will only occur where a v appears with the exception of 1 word : of. Make sure of ends in a v sound. This is very important as it is the major way by which we can distinguish between off and of.

While this sound is not so common in English, it is critical that is pronounced clearly and distinct from “sh”. Be sure that the voice vibrates when you produce this sound. It can occur on an “s” as in measure or in lesion, or “age” as in camouflage. It will never occur at the start of an English word.

Arabic and English vary in speech rhythm and melody although linguists categorise English and Arabic as stress-timed languages. This means that syllable lengths are unpredictable and varied and critical to conveying meaning. An arabic speaker of English may possess all the sounds required to create clear English, but if the speech rhythm is not accurate, a strong accent will be registered by their listeners. It is beneficial to consider the rhythm of English as a skill. Listen to how the vowels differ in length between your mother tongue and your new target.

Research indicates that it is not uncommon for Arabic native speakers to use increased syllable lengths when speaking English (Zuraiq, 2005).

This is due to transferring the speech rhythm required for Arabic to English production. Take care that you create contrast between the short and long vowels of English.  Work on linking your words together in English phrases and try to replicate the melody and rhythm of English native speakers.

Where Arabic has short word units, many words of English can be incredibly long and notoriously difficult to pronounce. This can lead to speech breakdowns. Did you ever struggle to spit out words like confabulation, re-articulation, microorganism, intracellular or even toothpaste?  Multi-syllabic words of English will often share the same ending. Practice words according to their target ending. This will assist you in coordinating the pronunciation of difficult words.

For example, -ation is a key word ending for longer English words. Drill a set of words with this ending pattern. Thus we have words like gentrification, examination, consternation, constipation, stagnation. Do the same for other typical word endings like: –acy (eg., piracy, conspiracy, confederacy), -ment (contentment, ailment, parliament etc…), -ious (eg., vicious, capricious, judicious) and so on.

Accent reduction takes time and practice. It is not uncommon to still have an accent even after years of expatriate life. An accent can be an asset that sets you ahead. Listeners soon realise you are multi-lingual. Sometimes an accent can interfere with your message. Speech breakdowns can occur and it can be harder to express thoughts clearly to your listener. Don’t give up! Work on your pronunciation weaknesses strategically and practice daily to improve your English.

Many non-native speakers opt to consult with a Speech Pathologist to reduce the impact of a foreign accent.